These days, people around the world know and adore bubble tea. Also called boba tea, the classic recipe is made of black tea, milk, ice and tapioca pearls, shaken and served frothy and cold, with an extra large straw to enjoy the pearls. Sweet, refreshing, fun and with different kinds of bubbles to chew on, bubble tea is a beloved drink. There are countless combinations that can be made to customise a bubble tea, with jellies, syrups, fruit, cheese foam, different tea types. With so many varieties to choose from, it’s little wonder bubble tea is a global phenomenon.

Globally, the bubble tea industry is worth billions, and it’s still growing. But where did it all begin, and how did it leave humble tea shops in Taiwan to take the world by storm?

The Controversial Invention of Bubble Tea

Tea has always been a popular drink around the world, yet the idea of iced tea is a relatively new concept. In the late 1940s, Taiwanese tea shops began selling cold, milky tea shaken in cocktail shakers, giving a foam on top. Hand shaken tea didn’t yet have any pearls, but it was to form the nucleus for the bubble tea we have today.

Bubble tea as we know it today was born in Taiwan in 1986, when Lin Hsiu Hui, the product manager for the Chun Shui Tang bubble tea chain, claims to have come up with the idea of adding tapioca pearls to an iced tea drink. Mixing her dessert with her drink, she served her drink to colleagues in a staff meeting, and before long it was marked and rose to become their best selling iced tea. This is typically considered the origin story of bubble tea.

But the origins are contested, and there’s another claim. Entrepreneur Tu Tsong-Ho tried incorporating fenyuan (tapioca balls) into his green tea. He used clear tapioca, and called the result zhen zhu lu cha (pearl green tea). It was a hit. He then experimented with the larger black tapioca balls, which required the development of a specially built straw to fit them. His shop, Hanlin, opened that October. However, a long lasting lawsuit, taking a decade and finally settled in 2019, decided that there was no definitive creator that could patent the invention, and anybody had the right to make bubble tea.

Whatever its origins, the bubble tea craze of the late 80s spread to nearby China and Hong Kong in the early 90s. Japan caught on in the late 90’s as well. Vietnam saw the rise of bubble tea shops in 2002. With Taiwanese bringing their favourite drinks to expat communities in other countries, it wouldn’t be long before it made its way around the world.

Expansion of Bubble Tea to the USA and Chatime

Bubble tea first appeared in the USA in San Gabriel Valley in the 1990s, finding greater popularity in 2000 when Alan Yu and Marvin Cheng opened Lollicup in San Gabriel, California. They had over 60 stores by 2006. This was followed up by a slew of other brands such as Quickly in 2002, Fantasia Coffee and Tea in 2005, and Chatime in 2006. Many others followed. Early brands, which used syrup and instant powders were soon eclipsed by more ‘authentic’ boba tea shops using real teas and flavours. As bubble tea culture grew, a divide formed, with the west coast calling it ‘boba tea’, and the east coast opting for ‘bubble tea’.

Chatime, the world’s largest bubble tea company, started up in 2005 in Taiwan, and opened its first shop in California in 2006. The first shop in Australia opened in 2009, where it became a massive success, and now has over 70 stores. The first Malaysian store opened in 2010, and the country now accounts for almost half Chatime’s revenue. In fact, Air Asia became the first airline to serve in-flight bubble tea in 2012. Now, there are Chatime stores in 38 countries and counting. Chatime is the first and only publicly listed bubble tea company in Taiwan.

Bubble Tea became popular in mainland Europe around the same time. Brands such as Chatime and Bubbolitas set up home bases in France and Spain. German brand BoboQ, which also launched in 2009, even attracted the interest of the McDonalds, which began selling their own bubble teas in 2012.

Bubble tea is a youthful drink, and its evolution represents a modern youth culture. Flavours are always going in new directions, keeping fresh whilst still offering the classic flavours that people love. New teas and flavours, hot drinks, cheese bubble tea and popping pearls are all modern takes on the original.

One of the most successful twists of recent times is brown sugar bubble tea. This bubble tea uses fresh milk and brown sugar caramel which streaks down the sides of the cup like the stripes of a tiger. Interestingly, it doesn’t even contain tea!

One of the first brands to specialise in brown sugar boba tea is Taiwanese brand Tiger Sugar. Opening in 2017, Tiger Sugar was an instant hit in Taipei, and thanks to their Instagrammable beverages, they now have stores open in Hong Kong and Singapore.

Hearing cheese and tea in the same sentence is a pretty confusing pairing. But a layer of cheese and milk foam (sprinkled with salt) on the top of a bubble tea is an innovation which has proven to be a big hit. The idea came from stalls in Taiwan’s famous street night markets around 2010, where a powdered cheese was combined with cream and salt. Chinese brand HeyTea ran with the idea in 2012, using real cream cheese and milk instead of powders.

Cheese Tea is still making its way into western markets. Australian bubble tea shops are selling cheese tea more and more, and the idea is still taking hold in the USA. American brand Boba Guys joked about the weird combo in 2018 on their website, claiming they will sell “the highest-quality Brie and bleu cheese to toppings including Kraft singles and Cheez Whiz (perfect for layering!).” Their fake menu also claimed to sell grated feta, mozzarella balls, and melted cheddar!

Tapioca isn’t the only soft, chunky ball you can have at mixed in at the bottom of your tea. Aloe vera, coconut jelly, custard, red bean and rainbow jelly are just some of the other options which can be added. But the most fun might be popping pearls. Multicoloured blobs of sweet flavour, usually water, sugar and fruit juice, all contained within a skin of seaweed extract. They pop in your mouth, for extra bursts of flavour!

Where to next for bubble tea? All signs show to even more popularity, which is a good thing for boba tea lovers! But what new inventions will take hold? Only time will tell. I’ve mentioned only a fraction of the bubble tea brands in this analysis. Which is your favourite brand, and which is the worst? Do you prefer brown sugar tea or cheese foam? Let me know in the comments!

9 thoughts on “The Rise of Taiwanese Bubble Tea” 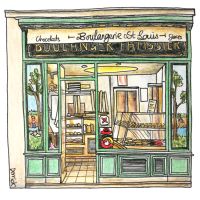 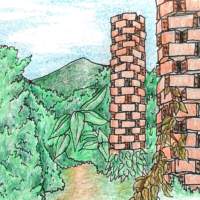 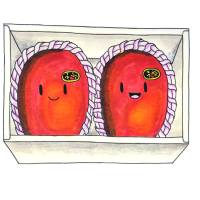 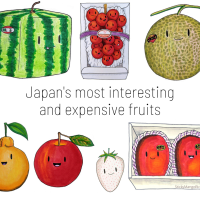 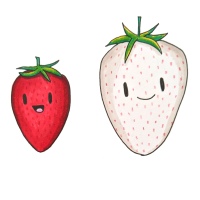