In the Paris Latin Quarter, near the Pantheon, is a piece of hidden street art made by none other than Salvador Dali. The Dali Sundial is a shell-shaped female face sculpture with intense blue eyes engulfed in flames. It is mounted up on a street corner, and many people pass it by every day without realising they’re passing a genuine Dali artwork!

About the Dali Sundial

The inspiration for the sundial was the St Jacques de Compostella pilgrimage walk, whose symbol is the coquilles Saint-Jacques, or scallop (which is also the namesake for the street). The flaming eyes represent the sun, and the hair falling to the shoulders is representative of Dali’s signature upwards curling moustache. Despite the markings indicating what time it is, unfortunately the sundial does not work.

The sundial is located on 27 Rue Saint-Jaques, just overhead on a street corner. It is rumoured that it was made by Dali as a gift to some friends who owned a boutique at this location. The concrete cast sundial was installed in place on the 15th November 1966, and Dali himself attended the unveiling ceremony. He rode up on a raised truck with a pet ocelot in hand to make some finishing touches to the piece. As a brass band played, he added his signature and the date, and his timepiece was ready to admire.

The Dali Sundial is easily reached by getting off at the Cluny-La Sorbonne metro stop on line 10. It is just around the corner from the station, right by the small public square André Lefevre.

Another fun Parisian sight is nearby as well. The Shakespeare and Company bookshop is just 2 minutes walk away at 37 Rue de la Bûcherie. It stocks a large selection of English language books, and even has a curious culture of ‘tumbleweeds’, volunteer staff who live in the bookshelf in exchange for helping in the shop.

If you’re after more Dali, there is a gallery in Montmartre dedicated entirely to Salvator Dali. Dali Paris is located at 11 Rue Poulbot, and contains over 300 original artworks.

Dali’s sundial is a small hidden treasure in the streets of art, and is often either overlooked or dismissed as a piece of anonymous street art. But if you’re in the area, it’s worth a detour to admire this small, yet fun easter egg. Paris is full of wonderful hidden treasures like the Dali Sundial. To find more, check out my post on hidden gems in Paris!

One thought on “The Secret Salvador Dali Sundial In Paris” 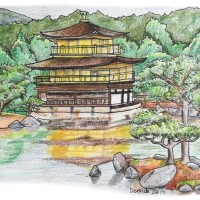 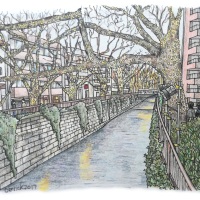