I visited the amazing, stunningly beautiful Victoria Falls in Zambia a few years ago. Of several walking paths, one (the wettest) path led us across a narrow bridge just in front of the falls, basking in the rain-like spray as rainbows painted themselves against the furious rush of the waterfall with no end. Just epic.

Niagara Falls was not quite so epic.

When Cindy and I visited Niagara Falls outside of Toronto with Jérémy and Karine, visiting from Paris, in my head Niagara had some stiff competition to live up to.

Driving from Toronto is easy enough; it takes about an hour and a half, the highways are straightforward and you can follow the signs all the way there. We arrived and were amazed; not by the wonder on the left, but the developed monstrosities on the right…

The unnecessary stuff nearby

Victoria falls had a small cluster of tacky souvenir shops and a long row of tourist-oriented market stalls by the carpark, but I was disappointed to see that the whole surrounds of Niagara falls sprouted with casinos and tourist traps.

There’s some sort of enormous viewing platform, the Skylon Tower, and a battery of casinos and hotels nearby. Clifton Hill, the town on the Canadian side had a Ripley’s museum, theatres, mini-golf, Lego exhibitions, haunted houses, Hard Rock Cafe, even a bloody ferris wheel. Why?

The waterfall itself is amazing. We visited in April and the crowds were minimal. The American Falls (on the American side) poured down furiously on top of a cascade of almighty broken boulders the size of hotels.

The white water was matched by bleached white rocks in and around the cascade, though caused by salt or snow, we didn’t know.

The Horseshoe falls are the largest ones, shaped like their namesake, and the closer you walk to the edge, the wetter you get, and the whiter the world becomes as the spray fills the air.

I’d say if you live nearby, it’s definately worth checking out, but I wouldn’t go back again. All that extra tourist stuff just ruined the whole thing. But maybe i’m missing the point here; It’s probably a great place to take the family, or a scenic location for a business conference.

One thought on “Why Niagara Falls was a disappointment” 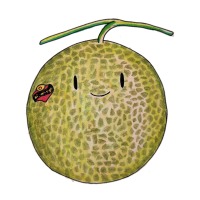