I arrived on day one and went directly to the pub.

That’s actually just half true. It was a hotel (with an attached bar), and although I was hoping to stay, the bartender explained inbetween pouring pints that the rooms were full.

The struggle to find a decent backpacker’s hostel

I walked to another hostel, a long walk through a jumble of black taxis, suits and bow ties, double decker buses and red phone booths (though the fantasy of the phone booth is somewhat marred by the sex hotline stickers inside). I laughed to myself – I couldn’t turn the corner without coming face-to-face with a London cliché. And that was just the start!

Piccadilly Circus was where I found my hostel. Ah, Piccadilly Circus, one of my favourite place names ever – it’s just so silly and fun, I imagined it might be full of jugglers on unicycles, or bubble-blowing Beatles cartoons, or giant bears dressed as royal guards – wait, they actually have those?

It’s actually more of a confusing intersection surrounded by billboards, like a small Times Square where roads and traffic islands overlap like a Tangram puzzle gone awry.

Piccadilly Backpackers was a run-down, crummy budget backpackers that tried to make the building ‘fun’ using bright orange paint. But the paint can’t cover the smell of a hundred unwashed backpackers. I won’t stay again.

Next door, the theatre stoked the imagination of 90’s pop fans with a Spice Girls stage show, and outside on the street the curved billboard overlooking Piccadilly’s legendary traffic jam illuminated the chaos.

After a couple of days of cafe lattes, free art galleries and general aimless wandering, Cindy arrived on day 4. I met her at newly modernized glass-meets-stone St. Pancras station. We took the convenient, colourful London underground (the legendary Tube) to our new hotel in Hammersmith.

A triumph of a subway system, but a real drain on the wallet. For your buck, however, the manners of the commuters gets better; in contrast to the Paris metro, the pushing and shoving was almost non-existent.

On the ad space of the tube was a depressing poem about London’s bad weather and the Londoner’s acceptance of the grey sky above. We stepped off the tube at Westminster and into that famous weather.

London’s low grey clouds rolled and danced with the setting sun, a dull fireball of orange early in the afternoon. It was 4 o’clock, and Cindy and I wondered why the sun was setting so early. Here at Westminster was the place to see the celebrities.

Cheery Big Ben stood straight and tall and chiming the hour, reflecting the orange sunset in the gold of it’s gilded clock. Hang up your bowler hats, work time is over, time for tea.

The Houses of Parliament building and it’s spiked, gothic palisades of stone filed orderly along the great Thames’ still banks, being guarded by solemn Churchill in his winter overcoat. Westminster Abbey surveyed the scene with it’s gothic, watchful eye of stained glass, and in the distance, London’s other watchful eye, the modern version.

The Queen’s immortal residence at Buckingham Palace wasn’t far down the road, so Cindy and I walked, each breath a cloud of white in the freezing temperature. Squirrels rolled and bounced inbetween waddling groups of geese and ducks in St. James’ park, the public front yard of the royal family.

I once heard a rumour that the Queen legally owns every swan in England. I don’t know if it’s true, but the idea is as cool as it is mad.

Behind the gates, guards with tall black fluffy hats and stiff upper lips crunched gravel methodically under their military boots, as they paced back and forth with stiff, exaggerated steps.

Picadilly wasn’t far after we passed through Trafalgar square, where carolers caroled under the spectacularly tall column of Admiral Nelson, and it’s equally tall Christmas tree.

From Piccadilly birthed Regent Street, a seething sea of people being herded by boutique shops. Nobody would find a Burberry fur coat under the tree this year; the outlet on glowing, ritzy Regent Street was under siege by protesters, bobbies in fluorescent vests keeping a watchful eye on things.

This was Christmas and the shopping was crazy in London.

3 thoughts on “First impressions of a wintery London” 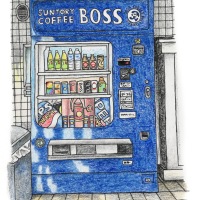